Wellington Street in Covent Garden is witness to one of London’s most notorious pedestrian/cyclist conflict zones. Plan Projects was briefed by the The Northbank Business Improvement District (BID) to consider how the interaction between pedestrian and cycle traffic where a cycle lane crosses the footpath at the southern end of Wellington Street could be improved. Possible solutions would be explored by way of a pilot project that would re-consider the routing of cycle lanes and seek to optimise the social and cultural potential of the wider public realm.

Wellington Street sits on the Eastern edge of Covent Garden, and forms the continuation of Bow Street heading south. In the Bow Street section, it performs a clear cultural role as the forecourt to the Royal Opera, and one of the main walking routes into Covent Garden. Along much of its route there is active frontage along both sides of the street giving it a lively, attractive atmosphere. This tone peters out towards at Wellington Street, and the environment outside the Lyceum is in contrast in terms of its hard landscaping and environmental quality in comparison with, for example, the pocket square outside the Royal Opera.

Wellington Street terminates abruptly at its southern end with a section of pavement that prevents vehicles entering The Strand/Lancaster Place. The Strand is a heavily trafficked area, and forms one of the principal East/West routes through central London. Notwithstanding, it is a lively and popular street that matches heavy traffic volumes with a diverse retail and restaurant offer at ground floor level. 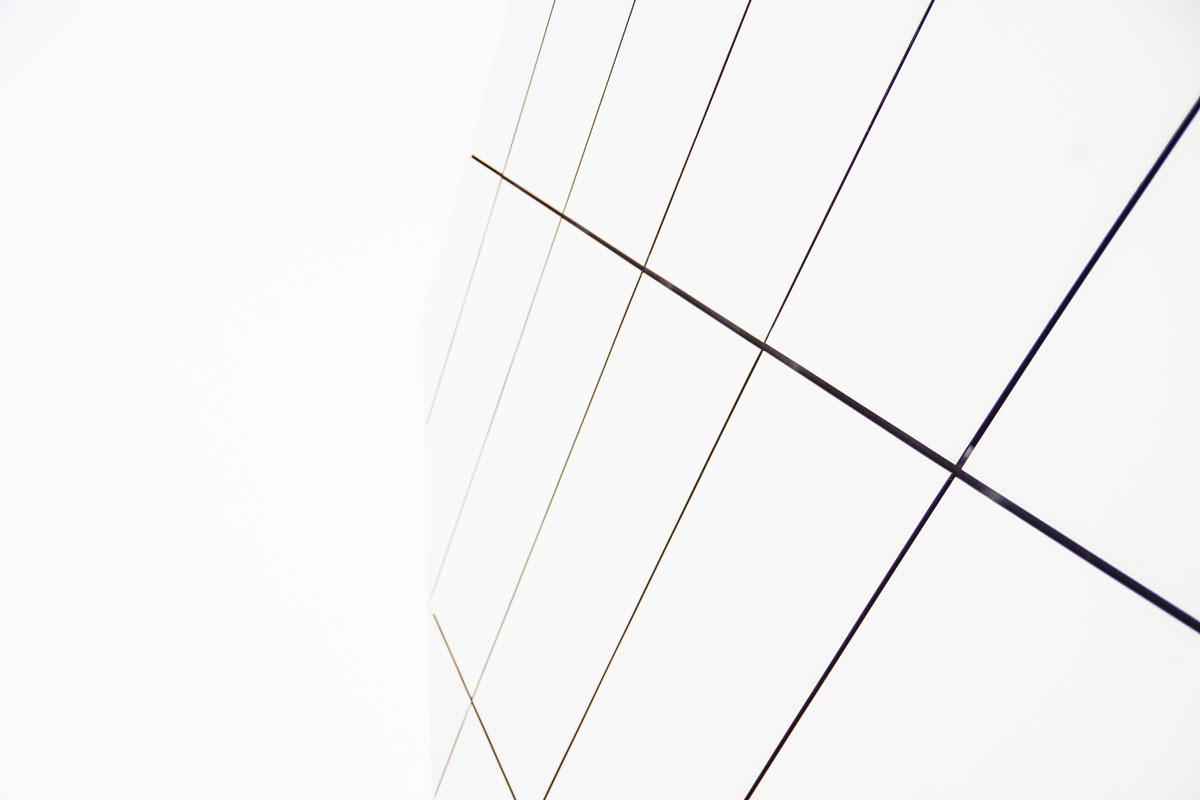 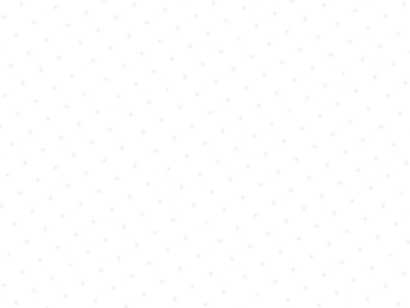 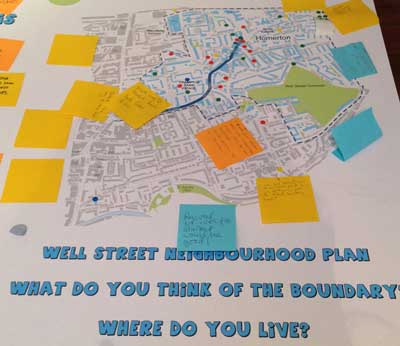 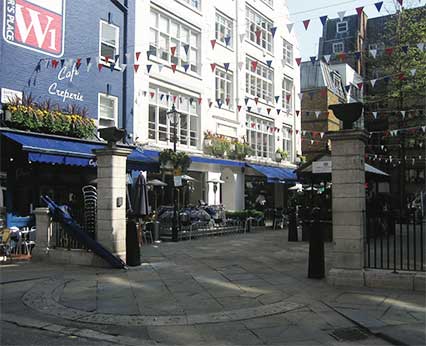 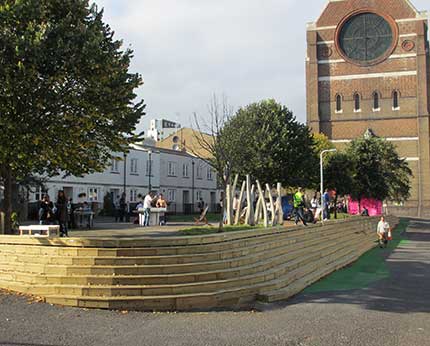 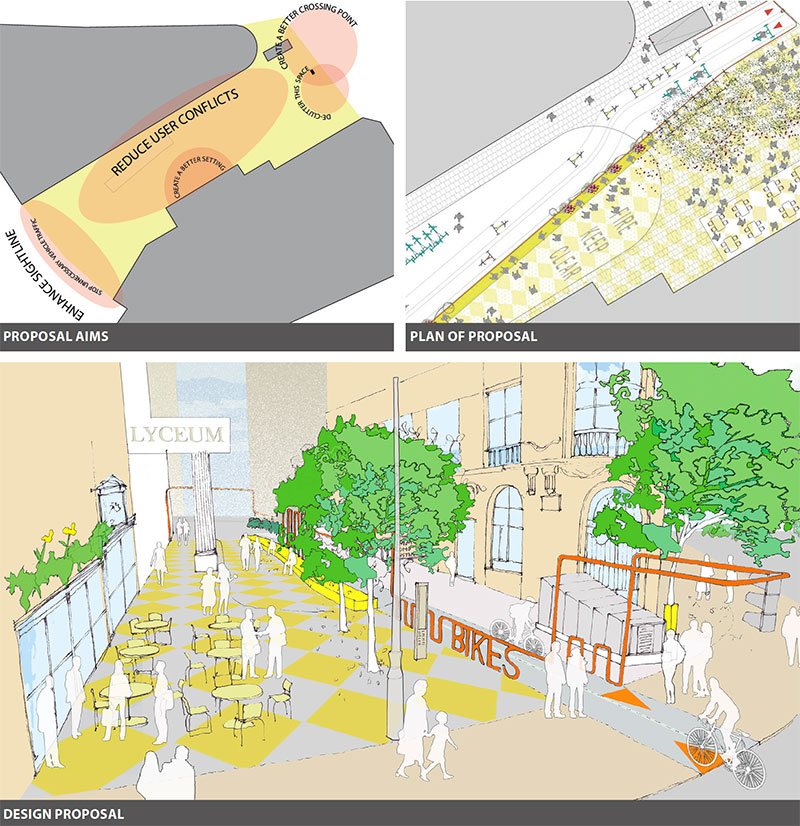 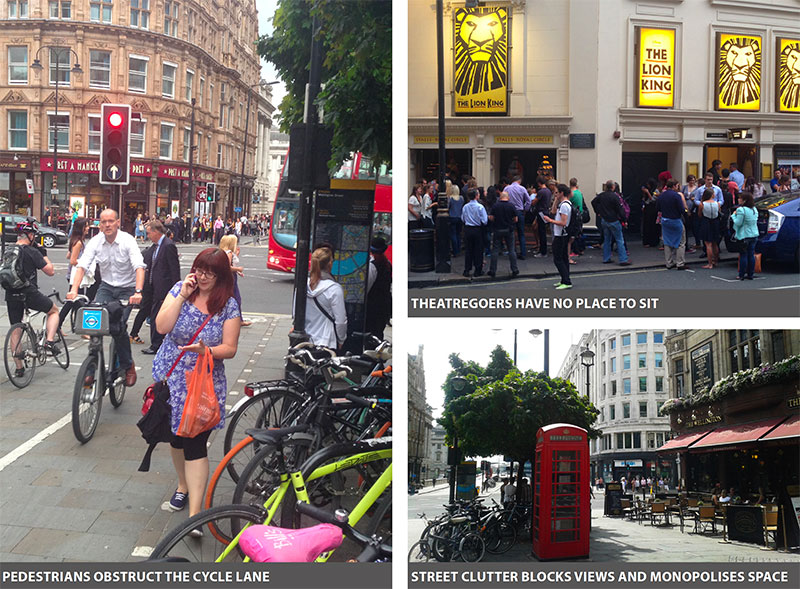 The three main cultural assets in Wellington Street are the theatre itself, the One Aldwych Hotel and the Wellington Pub. Each of these institutions have an interest in the space, the theatre as an extension to its front of house allowing people to enter, leave, wait for shows to commence and enjoy the night atmosphere during intervals; the pub as an ‘outside room’ where their patrons can socialise on warm evenings; and the hotel as a visual amenity for people looking out into the street from the Indigo restaurant.

The practice submitted design proposals setting out how the key elements of the pilot and how they would be delivered. Through visits to the site to understand movement patterns and how people used the spaces (bearing in mind the presence of the key assets), the team was able to conceive a way for the street to accommodate not only the safe movement of cyclists and people, but also socialising and cultural activity with a new ‘pocket square’ providing a proper outside space for patrons of both the Lyceum and Wellington Pub.

Our proposal took the form of a series of installations that would collectively explore how environmental and space management could achieve the desired objectives. These interventions could, if successful inform a design brief for a more permanent re-landscaping proposal. The proposals comprised a number of elements, 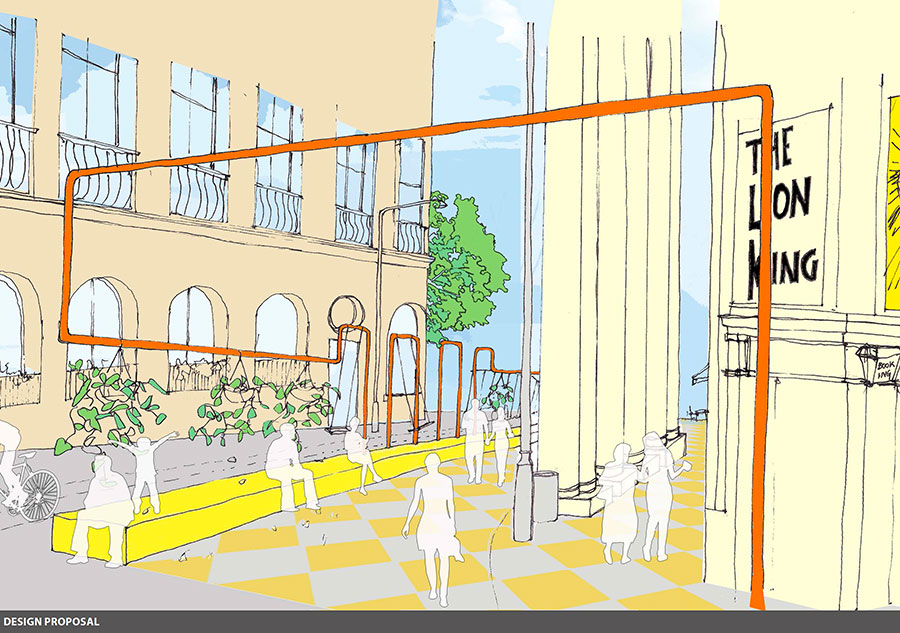