In February 2012 Brighton & Hove City Council launched a competition to source a practice to deliver an ‘inspirational design for a pilot place-making project’ to transform the lived experience of an area known as Ann Street/Providence Place Gardens.

The ‘Common Room’ project trialled various ideas for how to improve an area of public realm and the streets adjacent to it through a combination of environmental changes and cultural activities. 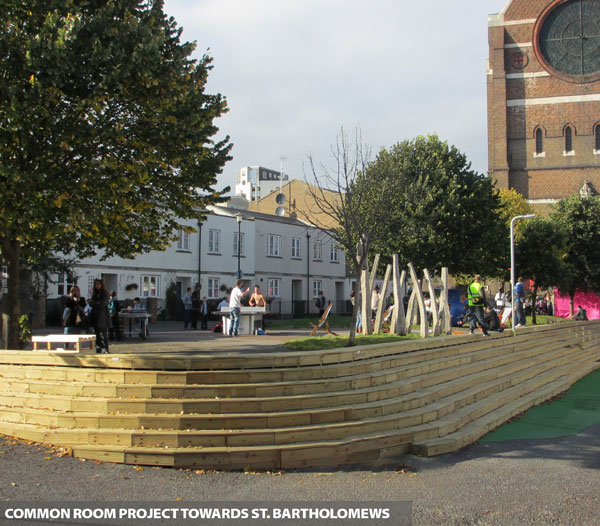 The project area sits in one of the most deprived areas of Brighton; it has not been able to plug into the progressive and positive aspects of the local area because of poor space planning and facilities. From research carried our early in the project, we identified the city’s digital sector as one of the most robust parts of the local economy; our proposal therefore sought to use this as a means of integrating the area back into city life. This was achieved through the installation of free wifi and designing a Common Room app.

The overarching planning strategy for the area, the London Road Masterplan, aspires to transform it into part of the city’s ‘knowledge economy’ by capitalising on the presence of two key assets: City College, one of the region’s leading IHEs, and New England House, a hothouse of creative and digital private enterprise. Picking up on this, we put forward the notion of the ‘digital spine.’ This label was meant to convey both spatial and economic meaning, linking the project site to these key assets and creating a natural stopping point for a constituency driving the future prosperity of the city. 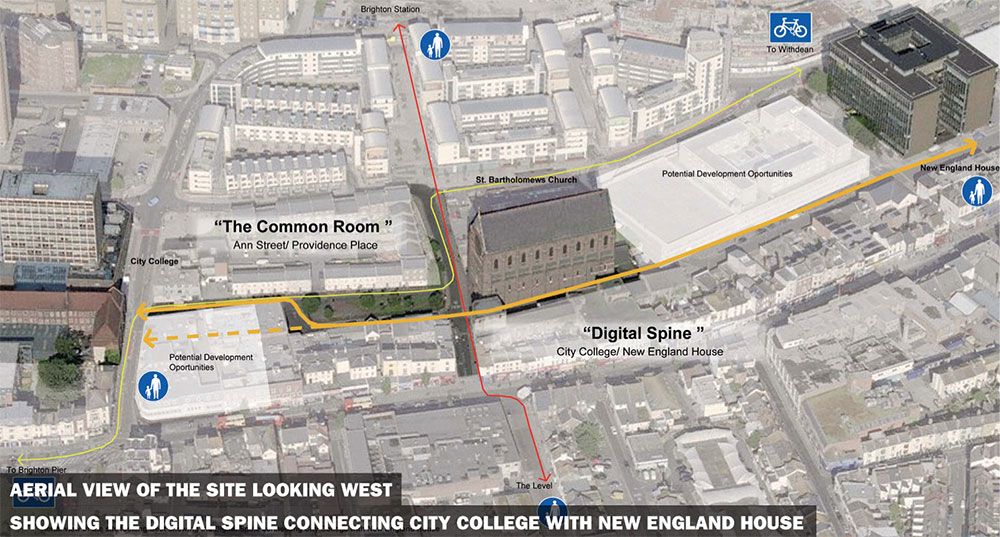 The opportunity was drawn out of detailed community engagement work developed by the local authority. Our proposals sought to respond to community needs as expressed in this research by preserving the valued aspects of the site, such as its peace and tranquillity, but also putting in place key facilities and infrastructure such as public seating. Our design process reflects a wholehearted believe that the only way to deliver effective renewal programmes is to work closely with the people living and working close to the site; for this reason, we embraced a ‘co-production’ methodology. Following our appointment, we set up a representative panel of people drawn from the community called the ‘Providence Place Forum’. This group worked with us as a key partner in refining and delivering the project.

The approach of the practice was to pick up on the natural rhythms of life in the city to create an attractive, functional place. At its conclusion, ‘Common Room’ can be seen as a pioneering attempt to restore life to an over-engineered complex of streets, pavements and open spaces by using a variety of tools. Amid the hard work of delivering the project, staff gathered strong anecdotal evidence of the community warming to the space and starting to take ownership of different elements of the project, be it the street food, the digital infrastructure or play activities.

During the pilot, the local authority used observational and interviewing techniques to carry out an evaluation. The evidence complied in this way has been used to formulate an approach to the permanent re-design of the project area. 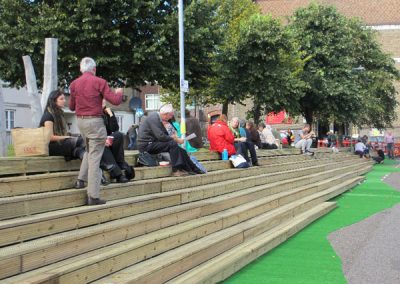 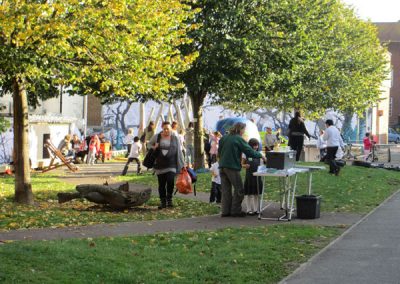 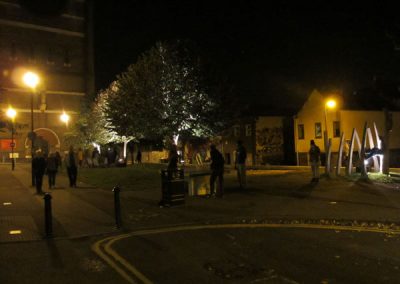 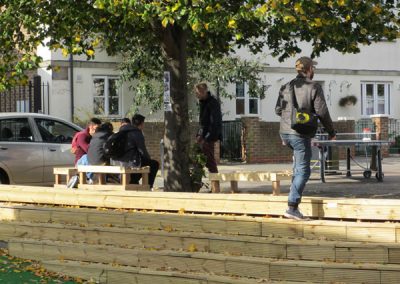 It was very exciting to witness the rapid transformation of an underused and difficult urban back lot into a welcoming and sociable space that became well used by a wide range of users from the area’s diverse local communities. They were able to enjoy somewhere to rest, socialise, play, access free wi-fi, play table tennis (incredibly popular) and engage in other informal leisure opportunities.

The various forms of anti-social behaviour that previously characterised the area were either not witnessed or largely curtailed during the two week experiment. Seeing hordes of happy children running around and playing in the space after school was particularly rewarding. Many commented that it was the first time that their children had ever used the space.

The undoubted success of the two week trial justified the judges’ decision to award the pilot project contract to the Common Room proposal, which has addressed head-on a wide range of social issues and informal leisure needs in the area. The pilot project has provided the council with a robust and proven basis for taking forward a permanent place-making solution to this area.