Plan Projects was commissioned by Peabody to produce an Arts Strategy for St. John’s, a housing scheme opposite Clapham Junction station built in the 30s.

The scheme will undergo wholesale redevelopment between now and 2020, and the arts strategy forms part of an overall place-shaping package to create sensitively regenerate this major site. 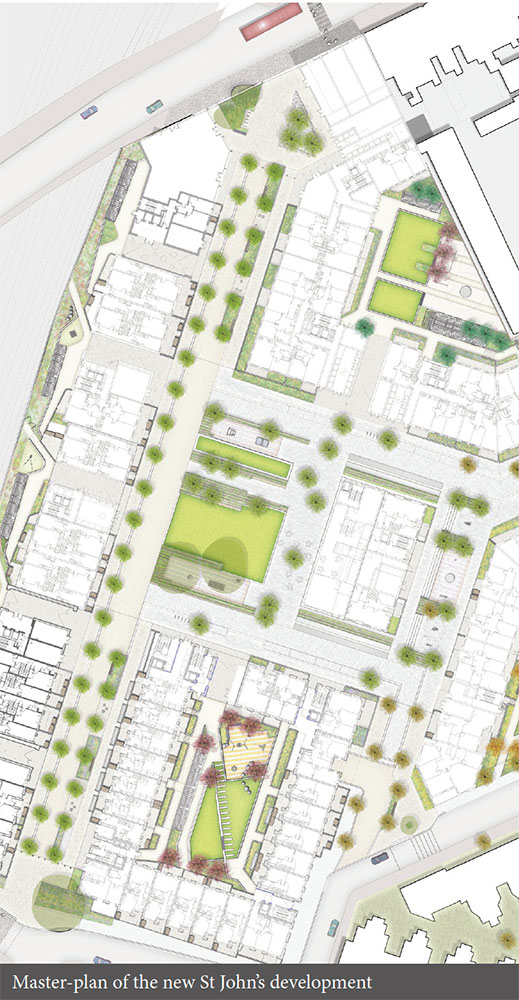 The strategy conceived by the practice took a deliberately broad definition of the arts to encompass a wide range of cultural and creative activity and, through a variety of project options developed in consultation with residents, will express the history, traditions and values of the people of St. John’s.

The first major project (stage one of the Arts Strategy) was commissioned in 2014. Following a limited design competition, the sculptor Rodney Harris will produce a series of four relief pieces in brick, to be built into the fabric of the new residential blocks. Of these works, Harris writes,

‘The idea is a series of four brick relief sculptures, carved in identical material to the surrounding brickwork, on a human scale, resembling the presence of memories and histories…ideas that can develop during later phases reflecting new residents, surroundings and the transforming local context’ 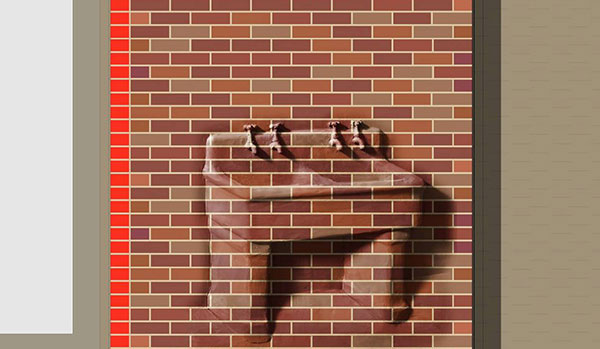 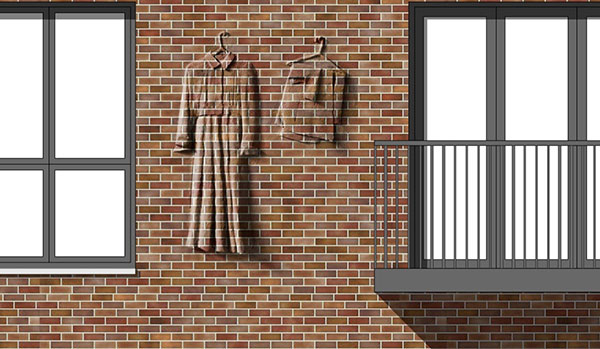 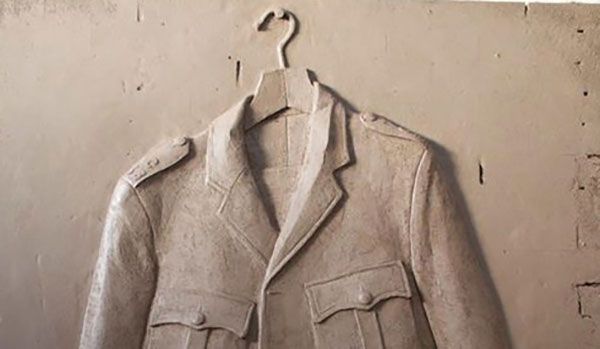 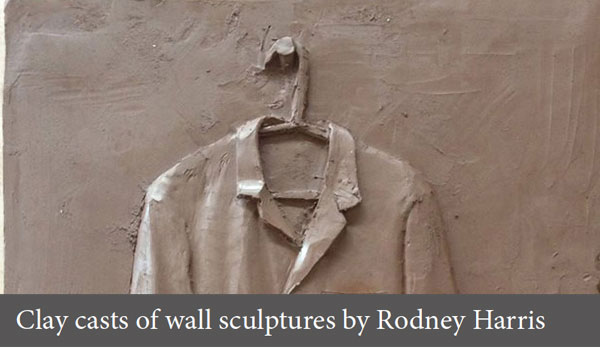 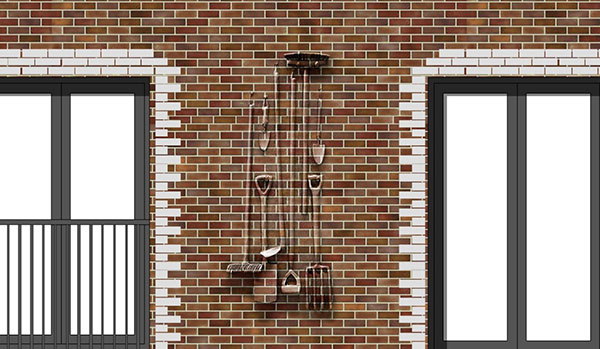 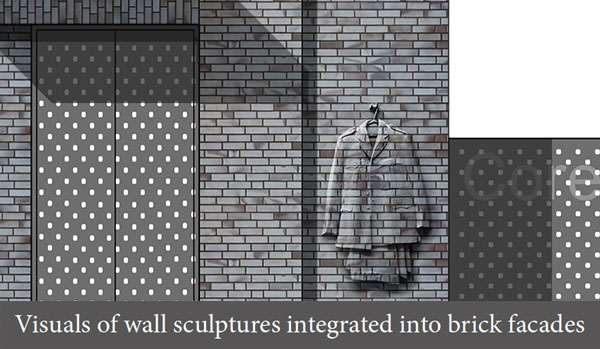 The specific locations have been determined in close collaboration with the tenants, architect and Peabody and are meant to both express the identity of the site and resident communities, but also help legibility by acting as navigational markers.

A second stage to the strategy will involve projects designed to build the wellbeing and social capital of the community. Over the course of the construction programme Peabody will work with residents to put this programme together with a commitment to achieving some specific ‘cultural’ outcomes. Current project ideas include Community Gardens, a ‘Living book,’ (memories, stories, experiences as a diary/scrap book or ‘memory cupboard’) and a Local History Film Project. 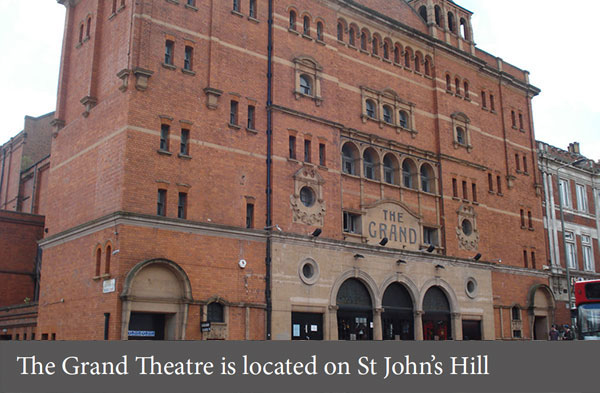 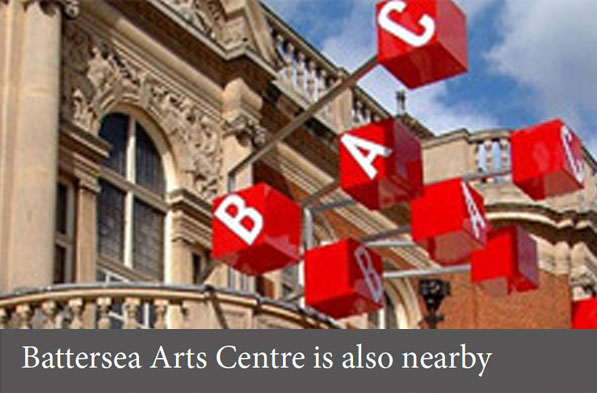 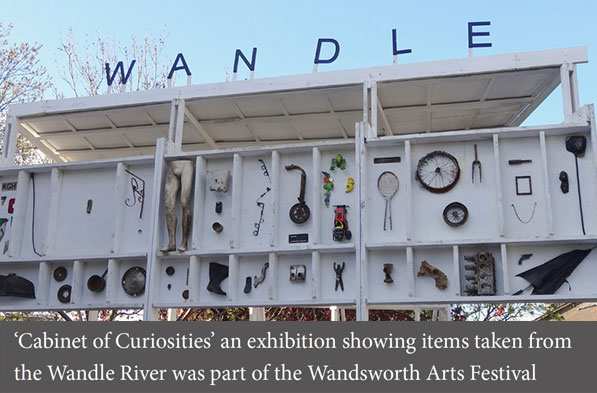 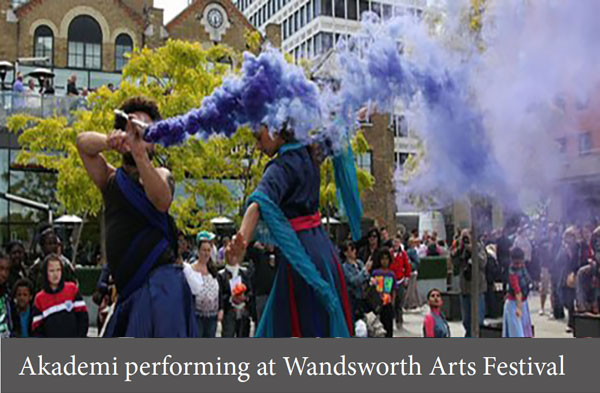 An important part of the brief directed the practice to integrate the cultural programme into other activities taking place in Wandsworth, of which there is a rich variety. The Battersea Arts Centre and Latchmere Theatre Pub are close by and the ‘Grand Theatre’ is on St John’s Hill itself. The Grand, which opened in 1900, is a listed building and now operates as a music venue. This network of venues is enriched each year by the Wandsworth Arts Festival, during which the hidden cultural wealth of the borough is revealed for the whole community to participate in and enjoy.

In addition to building alliances within the area’s cultural scene, it was felt the strategy could be instrumental in establishing closer links with the surrounding neighbourhood, encouraging interaction by enticing people living in adjacent streets into the site to enjoy its public spaces and facilities.

The community has been placed at the heart of the Arts Strategy with residents Lynette Dundas and Joanne Acres on the ‘Art Group,’ the body set up at the start of the project to oversee its development and delivery. As part of drafting the strategy, the practice was able to draw on the wealth of community engagement work done by Farrer Huxley landscape architects. This provided a good basis from which to understand residents’ needs and perspectives.

In addition, community interests were at the forefront of our minds in selecting artists; we sought out those who, as well as producing works of high quality, are also interested in working collaboratively with people. Those who were short-listed were briefed to embed within their design process opportunities for the community to get involved.

The success of this approach is reflected in the first stage of the project, the Rodney Harris commission. The ideas proposed as part of his commission were conceived during a period of community consultation and focus on social history, reflecting a wide range of occupations and activities across age groups and gender.

Plan Projects drafted the Arts Strategy for Peabody, won the approvals from LB Wandsworth firstly for the strategy and then, latterly, for Rodney Harris’s commission. As part of the implementation of the programme, Plan worked with the Art Group to identify suitable artists and managed an invited competition of candidates that led to the appointment of Rodney Harris. We provided the client with a suitable contract for the project, before handing the project over to the client to oversee the delivery.

Our role is also to support Rodney Harris in the fulfilment of his role as commissioned artist.