In October 2011, Plan Projects formed a team to respond to a tender issued by the London borough of Brent to develop viable ‘meanwhile’ uses for one or two of the vacant premises clustered at Wembley Triangle; a second part of the tender asked for a strategy to develop a meanwhile colony at Wembley, to deliver a more sustainable, community orientated cultural strand to council’s regeneration vision for the area.

Working with our partners, Something & Son and Savills, we achieved the first of these outcomes through FARM:wembley, a series of creative interventions to grow and raise food through innovative urban farming methodologies. These techniques, pioneered by Something & Son at their existing site in Dalston, would include hydroponic indoor allotments, mushroom growing, rooftop chicken coops and temporary polytunnels. In addition, the site would include an urban farming hub, cafe and workspace and a series of events to engage the local community in healthy eating. We addressed the second by proposing to use the FARM:Wembley concept as a seed, allowing ideas related to the original concept to germinate in other parts of the estate over time, growing in scale as new partners were brought on board.

While the tender was not successful, the proposals were welcomed and the team was invited to enter into discussions with the client about Willesden where funding for meanwhile activity from the Outer London Fund may be available to take the project forward. 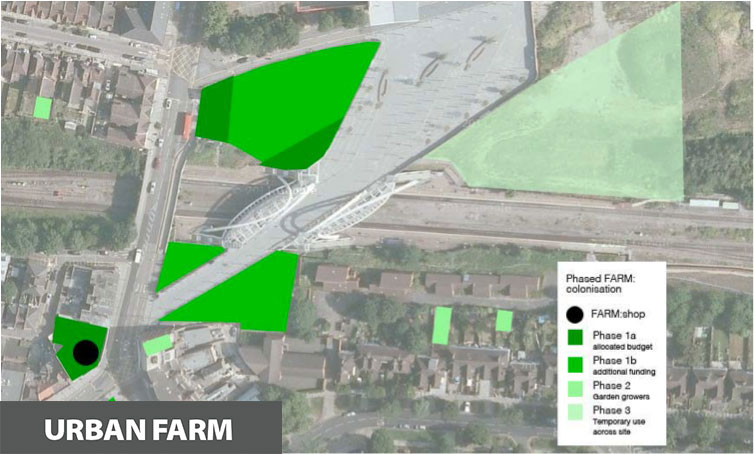 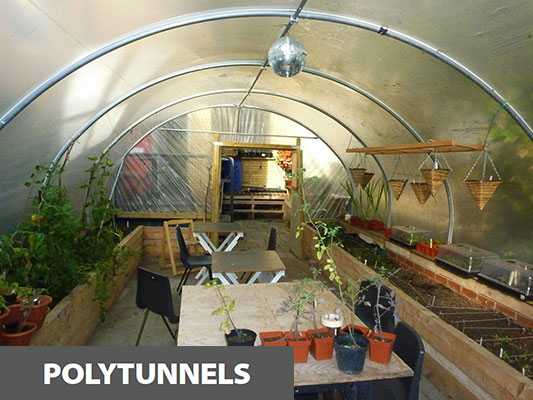 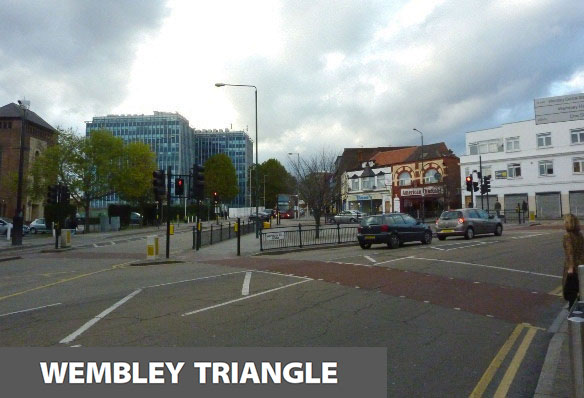 Wembley was laid out as a London suburb in the twenties and thirties and then became home to the National Football stadium. While this development has created a strong identity for the area, it has left it with a problem as regards both scale and enclosure. Walking through the area can leave people feeling exposed, a mood that is exacerbated by the heavy road infrastructure. The result is a place that does not not function well at a human scale. This has contributed to the decline of Wembley High Street, and in particular ‘Wembley Triangle,’ where there now exists a number of empty units. In addition, Wembley suffers from relatively high unemployment in places and a danger of young people slipping into unhealthy lifestyles.

In regeneration policy, Brent makes it clear that local people must benefit as much as possible from the changes taking place in the area. In other words the changes must benefit existing residents at least as much as new comers. The Meanwhile Strategy forms a key aspect of how this may be achieved. To this end, the Plan Projects team brought in Brent Active Citizens. This organisation works closely with Brent Council to address local people’s economic needs, guiding people into jobs and supporting NEETs back into productive activity. Working with BAC we were able to design a community engagement plan that accurately reflects the needs within the local community and design an approach to delivery and evaluation that would be responsive to these needs.

Working from small beginnings, occupying just one or two premises on the site, we aimed to grow Meanwhile Wembley into a major estate for temporary, community focussed cultural activity. This would facilitate regeneration through creativity and innovation expressed through a multiplicity of different projects. 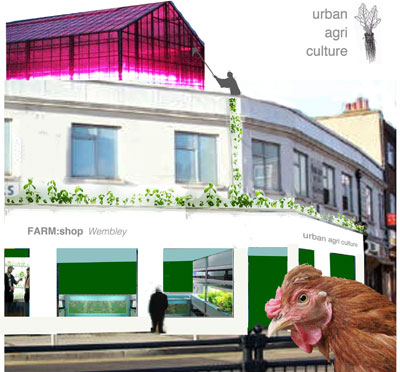